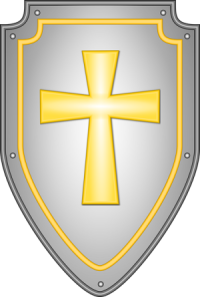 What comes to mind when you hear the word supernatural?  Stories with supernatural elements spark my imagination. While the Travel Channel has much to offer on the subject, so does the Bible. The Bible is filled with examples of the supernatural from beginning to end.

There’s plenty to choose from, but I want to explore the warnings about supernatural forces in our world today. Some of you may be familiar with Ephesians 6:12:

For we do not wrestle against flesh and blood, but against principalities, against powers, against the rulers of the darkness of this age, against spiritual hosts of wickedness in the heavenly places.

Let that sink in for a moment.

It’s easy to recognize the problems currently plaguing society as being rooted in evil. The steep rise in violence across our nation? I imagine spiritual forces of evil cheering and applauding. They hover where hate festers, whispering poison into willing ears.

If we could see these spiritual forces, we would no doubt be scared senseless. When I focus on their effect on our world, I lose hope for a bright future. However, there are not only evil beings in the heavenly places.

To illustrate this, I’ll use a story from 2 Kings. It tells of Elisha, a prophet, who kept warning the king of Israel about where to be on guard against the forces of the king of Syria’s army. This angered the king of Syria, so he sent a strong force to capture Elisha. Following are verses 15-17 of chapter 6:

And when the servant of the man of God arose early and went out, there was an army, surrounding the city with horses and chariots. And his servant said to him, “Alas, my master! What shall we do?”

And Elisha prayed, and said, “Lord, I pray, open his eyes that he may see!” Then the Lord opened the eyes of the young man, and he saw. And behold, the mountain was full of horses and chariots of fire all around Elisha.

Thinking about the spiritual forces of God fighting on our behalf greatly encourages me. An interesting fact about this story is those angels in chariots of fire didn’t fight the king of Syria’s forces.

Instead, Elisha prayed for God to strike Syria’s forces blind. When God did so, Elisha, the man they were sent to capture, led them into Samaria, where their sight was restored. The king of Israel followed Elisha’s instructions to feed the men instead of killing them. Afterwards they sent these soldiers home, and the soldiers stopped raiding Israel’s territory (verses 18-23).

It’s comforting to know that, regardless of how widespread evil seems to be, “those who are with us are more than those who are with them.” Also, God chose to have the king of Israel feed his enemies instead of conquering them. Could this be a lesson in conflict resolution?

Of course, this approach doesn’t work with spiritual enemies, so the Bible gives us specific instructions for standing against them with spiritual armor. In this way we’re relying on the Lord’s power to strengthen and protect us.

Ephesians 6:13-17 lists specific elements of God’s armor that will supernaturally protect us. These elements are a belt of truth, a breastplate of righteousness, a shield of faith, and a helmet of salvation. We are also to carry on our feet the gospel of peace.

Our awareness of these spiritual protections can keep us steady in the face of uncertainty and fear. Focusing on these protections can also remind us not to nurture negative emotions.

I know when I’m focused on all that irritates me, I’d rather complain than pray. From there it’s a short trip to the land of Woe is Me. My shield of faith is not allowed there. This leaves me vulnerable to feeling overwhelmed and defeated.

The cure? I must remember God is mightier than all evil forces, and He is in control. Even better, when sinless Jesus was crucified, He supernaturally paid the price for the sins of mankind, thus allowing all who trust in Him to have a relationship with a holy God.

I am eternally grateful for this exchange and for the powerful supernatural forces of good all around us. 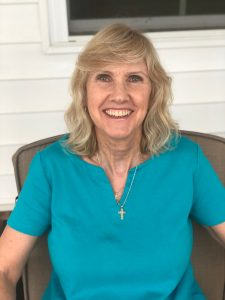